The City Eats Its Own

…I of course loved it when Cabel Sasser tweeted the following:

Renovations for across the street from Powell’s uncovered this beautiful, untouched tile from the 1900’s. Cool. 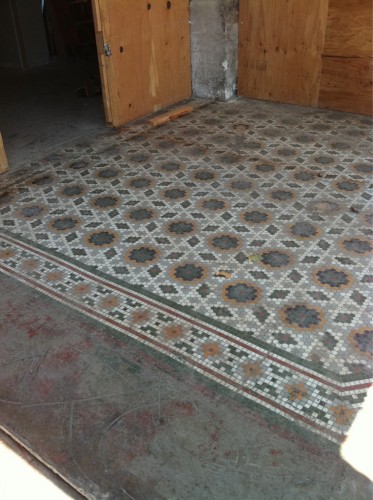 And needless to say, I was heartbroken when Cabel followed up a few days later:

Well, so much for the beautiful tile floor they uncovered during construction. :( 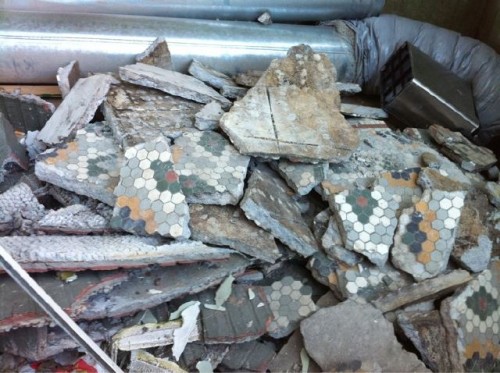 If ignorance were not in such great abundance, we could all have nice things.

UPDATE: Awesome! Pedro at Longbored Surfer looked at Cabel’s photographs, and took the time to recreate the tile pattern digitally. Sounds like Cabel snuck a piece of the actual floor, too, when the builders weren’t looking!