In January 2004 I started my job as a phone support jockey for a small web software company. Five days a week, eight-or-more hours a day, I went to a regular job and got a regular paycheck. I didn’t want to give up all my privileges at the mountain, however, including good friends, a season pass and bragging rights, so I continued to work as a snowboard instructor on the weekend.

Every Saturday and Sunday I would wake up early, catch the employee bus, and spend my weekend teaching kids how to snowboard. This went on for two months, where I would literally work for thirty days in a row before I happened to get a day off. On a fateful day in March it turned out we had too many instructors scheduled for the afternoon, so I finally got to clock out and go riding.

I was ecstatic. When you’re an instructor you’re on the mountain every day, but you’re always limping around the bunny hill and softly cursing under your breath. The opportunities to ride for fun are few and far between, so my friend and I quickly snatched up this rare gift and went straight for the terrain park. I was blowin’ huge and hitting everything, kickers, rails and the like, and I was lining up to throw down some serious air on the spine.

A spine in a terrain park is a very steep jump, perhaps twelve feet in height, that is sharp at the top like a shark’s fin. The intent is that your forward speed gets converted into upward motion. You ride up the launch side, pop nearly straight up in the air, and ride down the landing side. It’s almost like a half pipe, only you don’t need to spin around for your landing.

I was going hard at the spine, giving myself plenty of speed so I could really get up there this time. I hit the launch, but instead of going up I got shot straight out over the flats. Here I am, fifteen feet in the air over completely flat snow, with no transition for my landing. Shit. I waved my arms to reorient my body, “rolling the windows down” as we call it, shifted my weight onto my back leg so I could land the tail of my snowboard first, and hopefully cushion my impact.

The tail hit hard. I felt a snap in my back leg, and my body hit the snow in a sickening heap. I knew immediately that I had broken something, so I crawled to the edge of the run to avoid getting hit by any other errant, irresponsible riders. My friend rode up, and I told her to go call ski patrol.

I sat and waited for fifteen minutes, feeling like an idiot. The patroller showed up, and he packaged me in a yellow tarp on an orange sled, and dragged my sorry ass off the mountain. At the mountain clinic they x-rayed my leg, and sure enough I had broken my fibula, right at the top of my snowboard boot. The boot acted as a fulcrum, and my leg became a doomed see-saw. 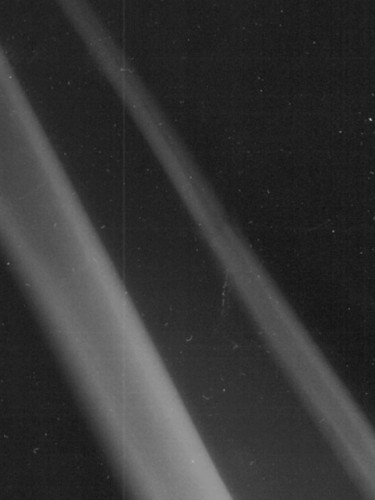 It wasn’t a bad break, but it was enough to put me on crutches for eight weeks. I was done for the season, done at the mountain, and done with anything outdoor-related. The management at the mountain was understanding, and no doubt stoked that I broke myself off the clock so they weren’t financially responsible. They offered to reassign me as a yurt attendant, serving dinosaur-shaped chicken nuggets to four-year-olds. I turned them down, as I already had a job and didn’t need the extra work. I wanted my knuckle-dragging friends. I wanted the free season pass. I wanted the social scene. Without snowboarding, though, all I wanted was to be left alone.

In a matter of moments I had gone from being incredibly busy and active in the outdoors, to being a bored shut-in. My roommate affectionately called me “Gimp”. At least I think it was affectionate. Just a few weeks prior I had bought a new car with a manual transmission. With my cast I sure as hell couldn’t operate a clutch, so every day I limped to work on my crutches. My co-workers bought me a bag of frozen corn. Forcing myself to remain inactive was one of the most difficult things I have ever done, and I knew I needed to find a new activity to stay occupied and keep my mind busy. 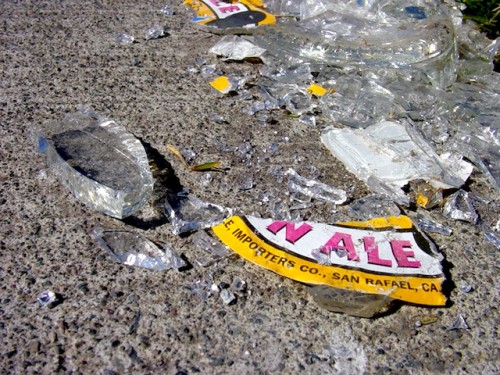 I decided to learn web design. All of it. I redesigned my personal website, and then I redesigned it again. And again. This was back during the CSS renaissance, when Doug Bowman, Eric Meyer, Jeffrey Zeldman, Dan Cederholm and Dave Shea were all actively inventing the techniques that we still use today. It was a very exciting, but also very frustrating, time to be a web designer. We still had to support Internet Explorer 5, and there were a few times, especially in regards to whitespace parsing errors, where I nearly jumped out a window as a result of that damn browser. Nevertheless, before long I was rarely answering telephone calls at my job, and instead carving up Photoshop comps into beautiful tableless XHTML/CSS.

I was so irrationally stubborn about working at the mountain that it took something as extreme as bodily injury to make me withdraw from that gambit, and to understand that working myself to the literal breaking point wasn’t a healthy way to live. I realized that if I depended not on my brain, but on this frail little body for my livelihood, that it could all be stolen from me in an instant. I knew I needed to do some intellectual investment in myself, and I used this new free time to refocus my priorities and crawl out of the trenches of phone support.

Indeed. The leg would heal, and it would be a beautiful summer. 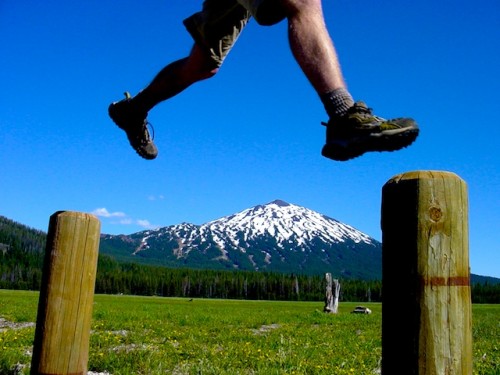