Your Darkest Hour, Part I 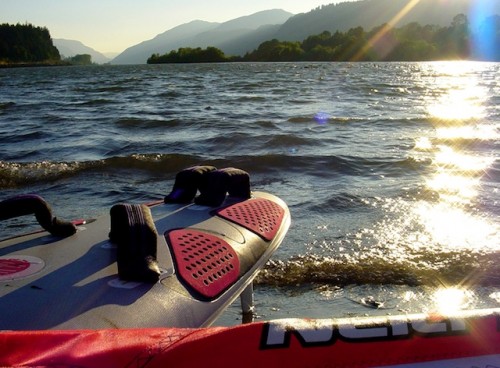 Five years ago, right around this time of year, I was convinced I made the biggest mistake of my life. I had spent the summer working as a gear technician for a windsurfing shop in Hood River, Oregon, which meant I spent ten hours a day out in the blazing sun and nuking wind, building and dismantling rigs for our windsurfing school. It was the perfect dirt bag gig, and exactly what I wanted to do after completing my undergraduate education. 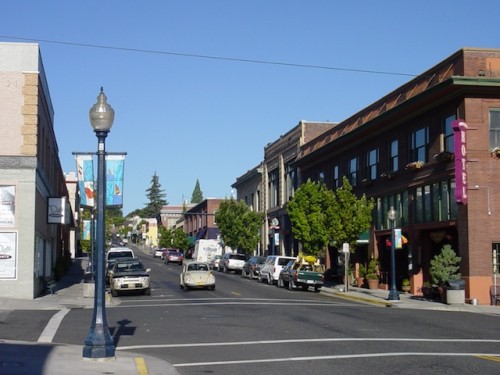 However, as the summer wore on, the shop realized I had other talents besides my bronze tan and rippling muscles. They had a website, yes, and it needed desperate help. By the end of the summer I was working as their full-time webmaster, maintaining their online product catalog and rebuilding their design in XHTML/CSS.

It was a good gig, but come September the town of Hood River really starts to empty out and there isn’t a whole lot to do. Fortunately I had become close friends with the shipping manager of our windsurfing shop, and we kept ourselves entertained throughout the fall by hiking around on Mount Hood and climbing Mount Adams. 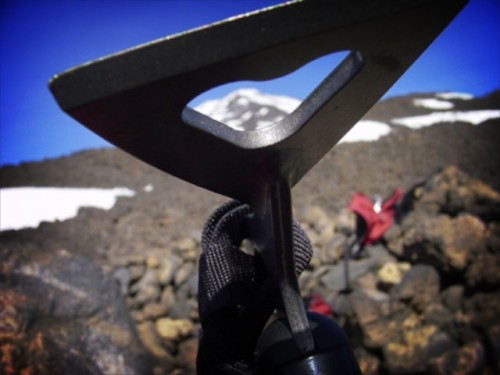 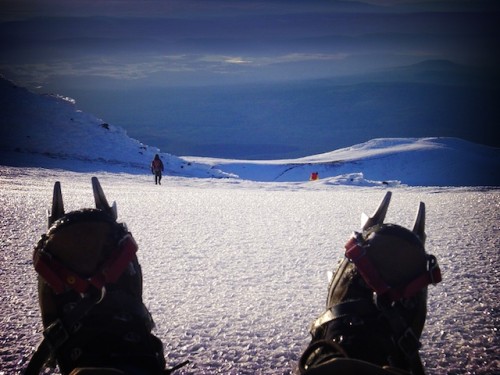 Life was good, my job was fine, but I was bored and restless. I didn’t want to spend my winter working in an empty summer tourist town, sitting on my ass in front of a computer. I wanted to work as a rental technician at a ski resort, and despite Hood River’s close proximity to Mount Hood Meadows I didn’t want to work there. I was suffering from wanderlust, and I needed to go somewhere else. I wanted the open road. There was still so much to learn, and Hood River was only the beginning. I didn’t want convenience, I wanted experience. 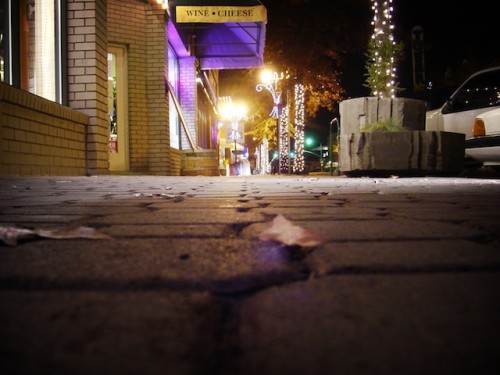 Thus, in October I drove down to Bend, Oregon for the Mount Bachelor job fair, a one-day event where they hire most of their seasonal employees. I wanted in, and I woke up at five that morning to make sure I would arrive at the mountain early. I reached the town of Bend without issue, but promptly got lost in the Deschutes Wilderness while trying to find the road to Mount Bachelor. I figured it would be well-marked, with big signs and everything, but I was sorely mistaken.

I was lost. So lost. I stopped to talk to some homeless dudes who had been camping out in the woods. They were kind enough to tell me which direction the town was, and I gave them a ride back into civilization. They paid me for my services with ditch weed, which I stuffed in a Leatherman case and threw away.

Eventually I reached Mount Bachelor, but two hours later than I had intended. The job fair was in full swing, and after waiting around for three hours it was finally my turn to interview. By this time all the positions had already been filled, including rental technicians and lift operators, even food court slackers. I was out of luck.

The woman who was interviewing must have seen some potential in me, and she was able to swing me an interview with the managers of the ski and snowboard school. I figured my chances were slim, as I had only been snowboarding for two years. I must have dazzled them with my brilliant tales of working with kids at a summer camp, however, because they offered me a position as a snowboard instructor.

I was stoked. I spent the rest of the day checking bulletin boards in grocery stores and coffee shops, rifling through the Bend Bulletin classifieds, trying to find a place to live. I found a few that would have been absolutely horrible, and one two-bedroom duplex that I thought would be most excellent.

I threw down for the excellent one. Yes. I would be living with a viking.

I had a few weeks between the job fair and actually relocating to Bend, during which I wrapped up all my responsibilities in Hood River and started loading up my car. 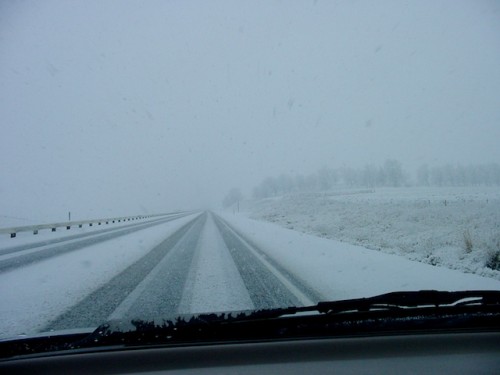 I moved to Bend in a snowstorm. The road was so slippery at times that my Mercury Tracer wagon couldn’t even make it up the rolling high desert hills. I was convinced I was going to die.

I didn’t die. I reached Bend, I started my training, and I became close friends with a number of fellow snowboard instructors. We even celebrated Thanksgiving together. Things were good, I was working, I was getting paid, I was paying rent. 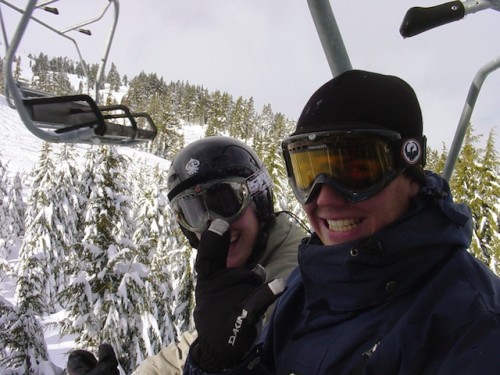 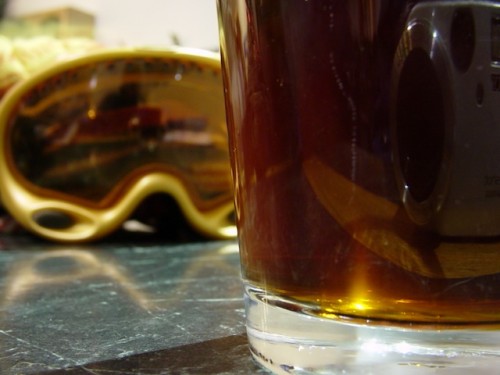 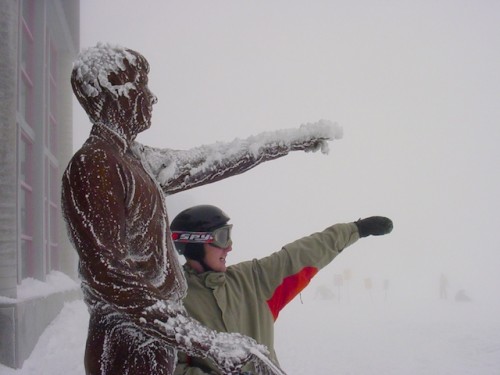 We finished our training around the end of November, and suddenly our schedules were open. Damningly open. We were working two, maybe three days a week, for about six hours a day at minimum wage (plus all the hot cocoa you can drink). The mountain made it clear that when the winter holidays finally rolled around we would have plenty of work, but until then we would have to tighten our belts.

My belt was already plenty tight, so I began hunting for a part-time job somewhere in town. I applied at a number of places, including a few temp agencies. Eventually I got a phone call telling me to dress warm and show up early in this, this here residential neighborhood, because I had been hired to do some landscaping at a reasonable, non-minimum wage rate.

Damn if I wasn’t going to be doing some landscaping. Because damn. I wasn’t. Every day I would show up at that location. Every day a pickup truck would pull up, the driver would lean out of his window, and tell me that the ground was frozen and we wouldn’t be able to do anything. “Maybe tomorrow it will be warm enough,” he would say. And tomorrow the same thing. Until soon the pickup stopped showing up, and I would simply get a phone call. “Maybe tomorrow.”

It wasn’t all bad. They compensated me for an hours’ work every day, simply for showing up. Really, it was the only time in my life where I got paid for waking up in the morning.

That said, a man cannot live on $12 a day. I wasn’t getting work at the mountain, my leads in town were going nowhere, and rent was due. I had nothing to do, no means to support myself. I clearly remember driving around the Old Mill District in the dark, listening to “Keep it Together” by Guster, thinking I had made the biggest mistake in my life.

I began obsessing over the question of why, oh why, didn’t I take the blue pill? Why didn’t I stay in Hood River, stay at the windsurf shop, enjoy a safe and slow winter of hammering on a website, perhaps get a season pass at Meadows so I could snowboard at my leisure? I thought I had seriously fucked up, and I didn’t know what to do with my useless self. I was bored and listless. Rudderless. Ironically I started sending off emails to my undergraduate professors, inquiring about graduate school. That didn’t happen. At least not yet.

It sucked. It sucked hard, but I didn’t give up and I decided to stick it out in Bend for a few more weeks. Like Marty said in class yesterday, sometimes your darkest hour can turn out to be your brightest moment. True greatness can come from tremendous psychological struggle. Indeed, salvation did eventually come, and it turned out to be more than I could have possibly imagined. 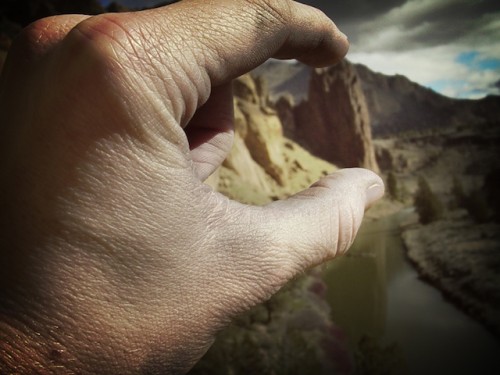 Salvation came in the form of a spam house.

Then it came again, in the form of a broken leg.

And these all turned out to be good things.