The Gallery of The Awesome II

I have journeyed far and wide of late, from the hot and dusty reaches of eastern Washington to the harshly lit bowels of Wal-Mart. In these journeys I have seen Things, Great and Amazing Things that Thrill the Senses. The incredibility I have seen is such that it is worth another visit, yes, a return of sorts, to The Gallery of The Awesome.

Some of this may be new to you, some may be downright frightening, but I recommend you stay with us until the end, keeping your hands and feet inside the car at all times.

This post card can be found outside the office of one of Kate’s favorite geology professors. It goes without saying how he feels about dams:

In case there is any question, here’s the door to his office:

He will retire soon, and when he does the school will need to buy a new door.

Here we see a sign for the Bing Bang Blow Out Sale, which is happening right now at the independent record shop in Walla Walla: 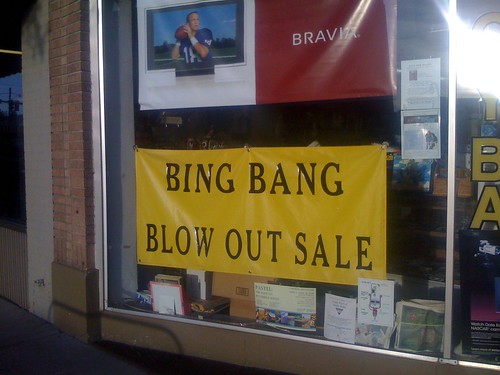 Actually, this sign has been in their window ever since Kate was a prospective student for Whitman College, five long years ago. It is likely a nod to the song “Witch Doctor” by David Seville, with its chorus line all “walla walla bing bang” and such. The shop boasts what is hopefully eastern Washington’s largest collection of VHS tapes and 8-tracks, despite having been blowing them out for the last five years. Say, what the hell kind of independent record shop is this? 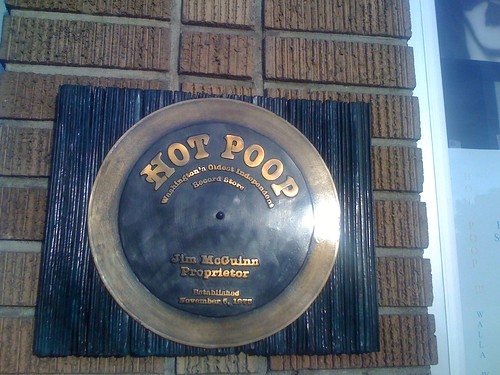 That’s right. The shop is named Hot Poop. Right there in downtown Walla Walla. Bing Bang. Judging by the number of Zappa posters in the window, I would bet it’s named after the Frank Zappa song of the same name. Based on Zappa’s character, as well as the degree of censorship that the album apparently experienced, I’m willing to bet that Frank didn’t want the song to be named “Hot Poop” at all, but rather “Hot Shit.” Ironically, the phrase “hot poop” is far more disgusting and offensive than “hot shit.”

The above is a Premium Eastern Red Cedar Squirrel Feeder, available at Wal-Mart. Unless those wood screws are intended for permanently mounting the squirrel to the platform, this feeder is far more humane than the electric squirrel feeder that my father invented: 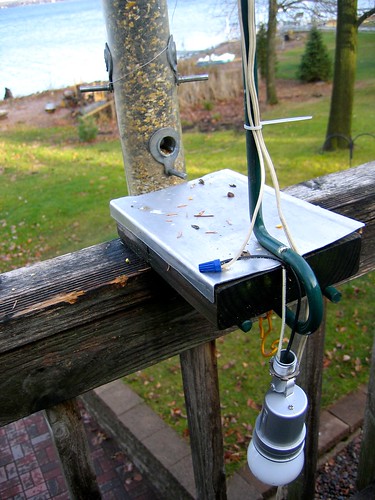 Actually, it’s a bird feeder that he’s rigged up in such a way to discourage squirrels from draining it on a daily basis. It plugs directly into a regular wall outlet. He added the 60 watt light bulb so that when a squirrel completes the circuit, the bulb would take out a lot of the current and not cook the squirrel. Even so, there’s still a lot of squirrel poop all around this thing.

Speaking of unfortunate surprises, the Hood River Hotel features fine dining and vintage charm. How fine, and how vintage, you may ask? Here we see the worst table in the joint:

Speaking of vices, here we witness a grim milestone:

A gallon of gas costs nearly as much as a pack of Marlboros! Speaking of gas, these beautiful turtle figurines are available at the gas station near the Hood River Bridge:

Either a poor artist somewhere has a great sense of humor despite living in wrenching poverty, or the turtle’s likeness to a wrinkly penis happened completely by accident.

Last, but certainly not least, Dr. Bronner called. He wants his superlatives back:

I hope that this packaging has won design and typography awards the world over. In an effort to keep your eyes from melting, I have transcribed the top portion for you:

Those are some bold claims. I don’t know whether to give it to my plants or pour it on my turtle.

Posted on May 23, 2008
Filed under Civilization, Consumerism, Funny